0
Get In Shape: Victoria’s Secret Fashion Show
01 December 2014
Next

Behind the scenes video of our sizzling angels’ VS fashion show fitting with Vogue.

Last Tuesday night in London at Earls Court Exhibition Centre held the 19th annual Victoria’s Secret Fashion Show. This show was a truly specialized event featuring for the first time ever, TWO Dream Angels Fantasy Bras. Our angel, Alessandra Ambrosio will be wearing the red fantasy bra alongside veteran angel, Adriana Lima, who will be wearing the blue fantasy bra. Both Ale and Adriana have been part of the brand since the early 2000’s and Ale was the first face for the Victoria’s Secret PINK collection. She’s definitely made her mark as one of the most recognizable angels.

Her advice to the newer angels? “Have fun. Just enjoy every second because you work so hard. It’s hard to be in the show because pretty much every model wants to be in it. It’s a big competition [to get cast]. And so if you’re in the show, you work really hard. And when you get there, it goes so quickly that you just have to have fun and enjoy every moment.”

And when asked if she gets nervous before the show, Ale replied, “Right now I’m very comfortable because I just love all of this… I love to be here, I love to be backstage, I love to see all of the outfits for the first time and show as a whole. So definitely when the music starts and the show begins, that’s when you get those little nerves. But it’s definitely a good nervous!” 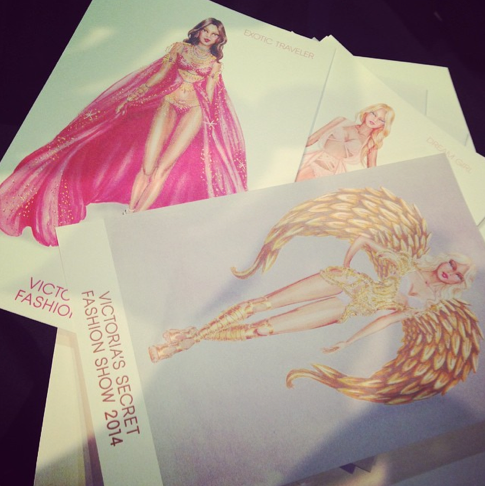 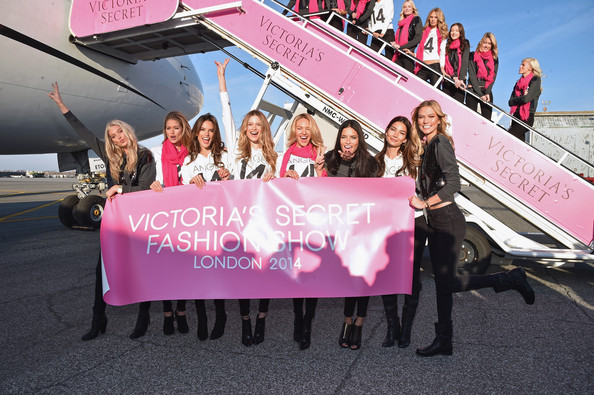 Class of 2014 Victoria Secret models get ready to depart for London for fashion show at JFK Airport in New York City. 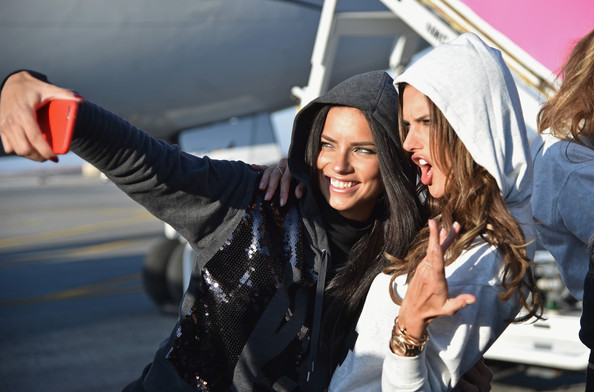 But first, an awesome #selfie was in order before takeoff! 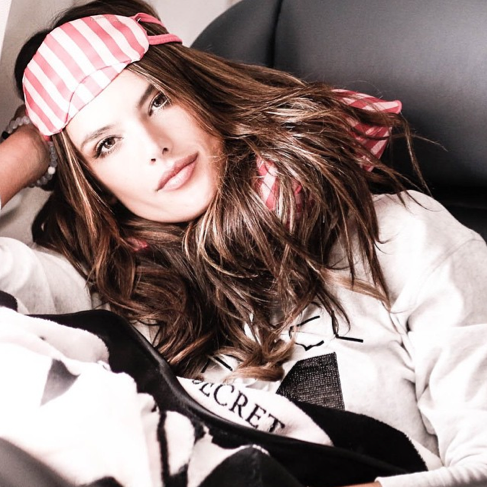 Ale moisturizes with vitamin C serum and protects her angel lips with a simple lip balm while getting her beauty rest. 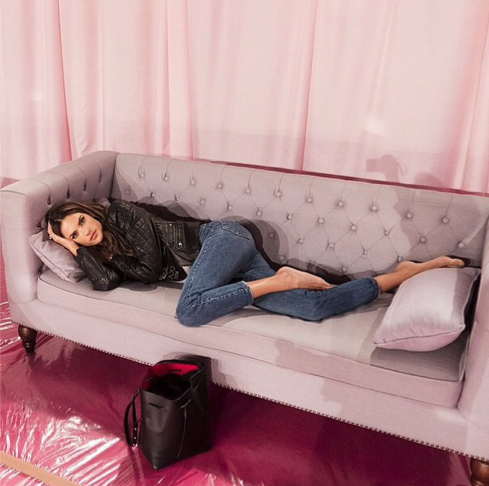 How the calm before the storm looks like… Angel Alessandra chilling in her RE/DUNs. 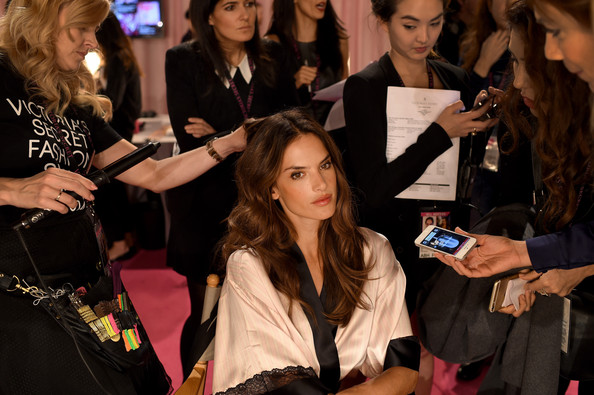 It takes a village… a total of 47 models taking part meant no fewer than 25 makeup artists, 25 hair stylists and nine manicurists. The transformation into a bombshell angel took 8 hours of hair and makeup prep! Can you guess how many stunningly outrageous outfits that equals to? 79!

Enjoying some backstage fun before the craziness… graffiti art!

The Dream Angels Fantasy Bra duo lounging in a good mood before strutting down the runway. 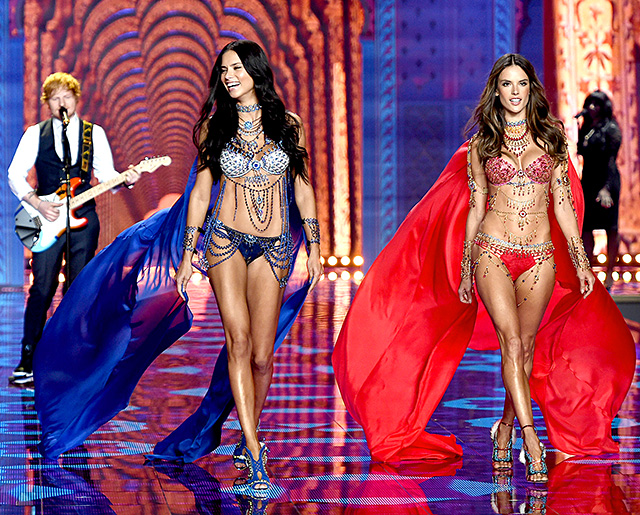 The highlight of the show… Ed Sheeran sang, ‘Thinking Out Loud’ as the two veteran angels, Adriana Lima and Alessandra Ambrosio, showcased the legendary fantasy bras (worth $2 million each by Mouawad jewelers using 16,000 rubies, diamonds and sapphires, all of which are strung together with 18 karat gold!)

Truly a custom piece… Ale revealed that due to the body chain nature of this fantasy bra, a plaster mold had to be made in order to hug her body so perfectly! There are at least seven pieces to it and it takes about 20 min. for four girls to put it on. 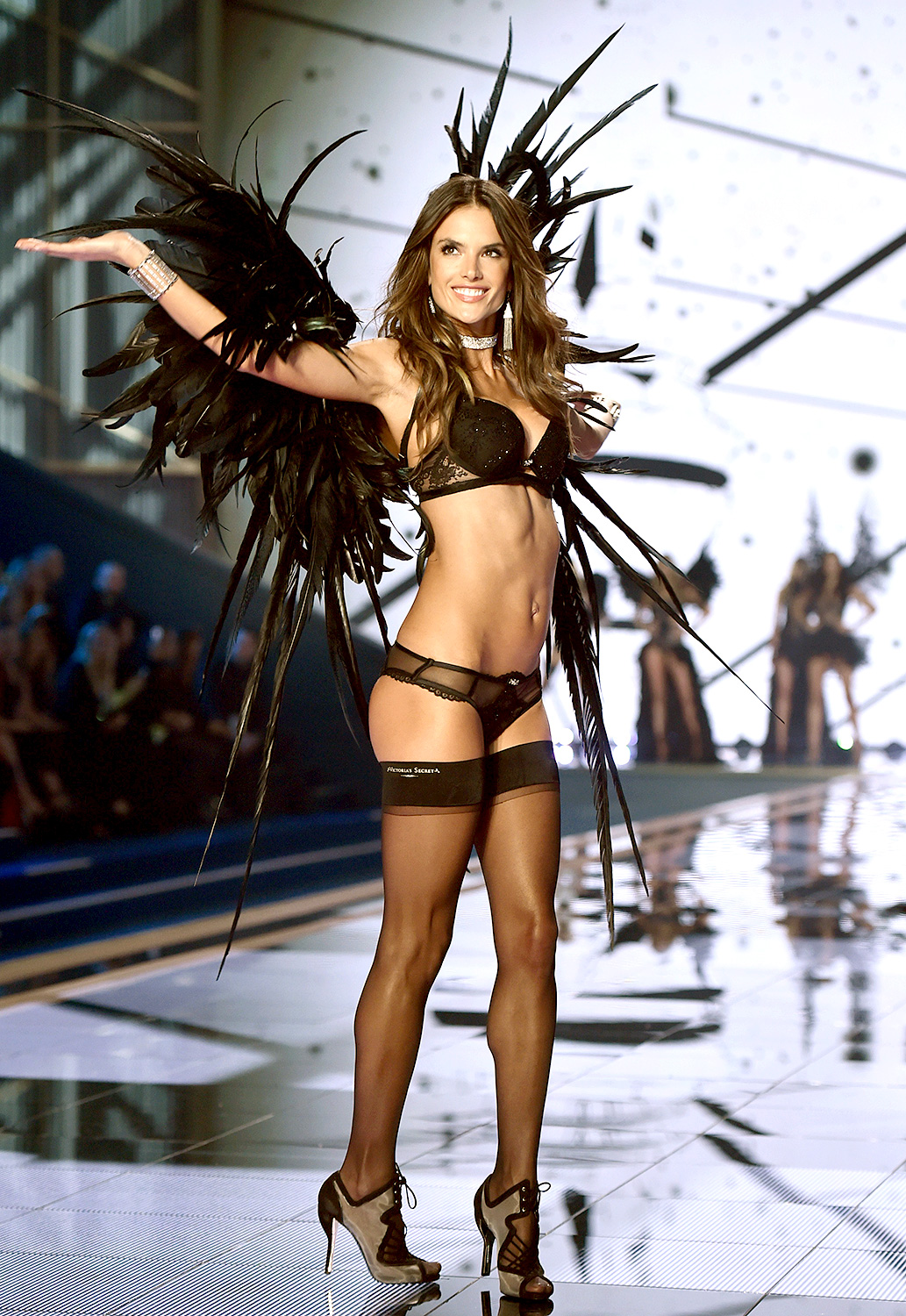 What a natural! Flaming wings or wings of paradise? Either way… she’s truly our Midnight Angel.

All in good fun… sharing the spotlight with Taylor Swift. 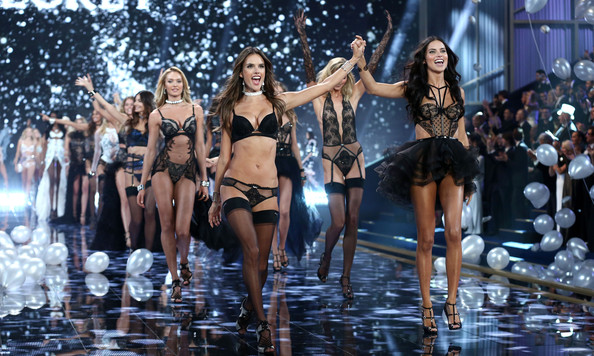 The final walk!! All 47 models and four performers took to the stage – and as is customary, a big, balloon-filled finale. 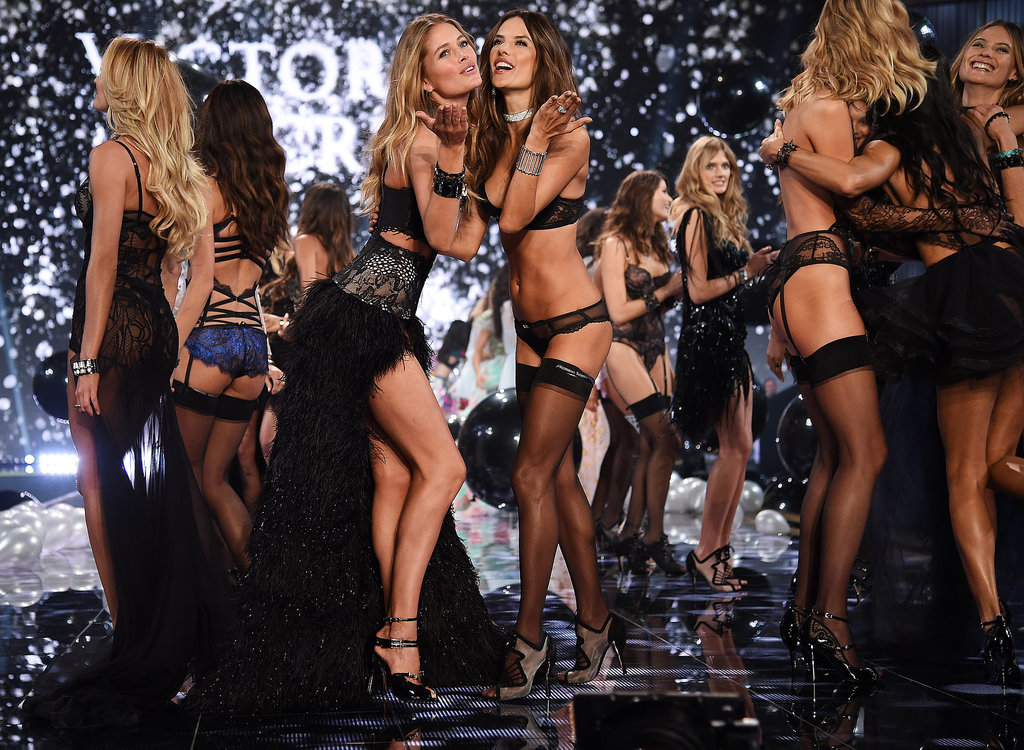 Doutzen Kroes and Ale blow a kiss while other angels celebrate with hugs during the grand finale Angel Ball. 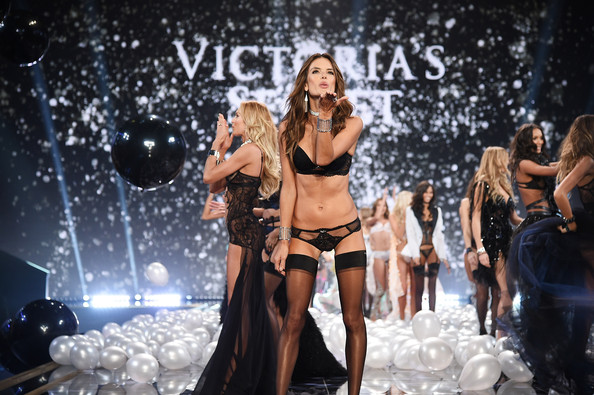 Kisses to an incredible night!! 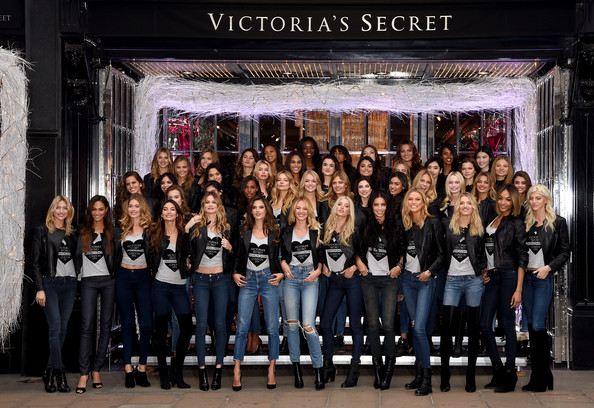 Love from all the angels. ♥

Tune in tomorrow, Dec. 9th 10/9c on CBS to catch the MUST SEE show!! And don’t forget to come back and let us know your thoughts in the comment below!