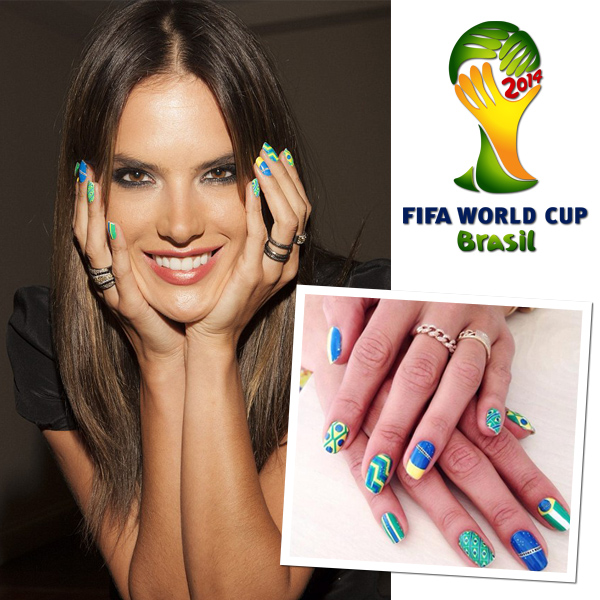 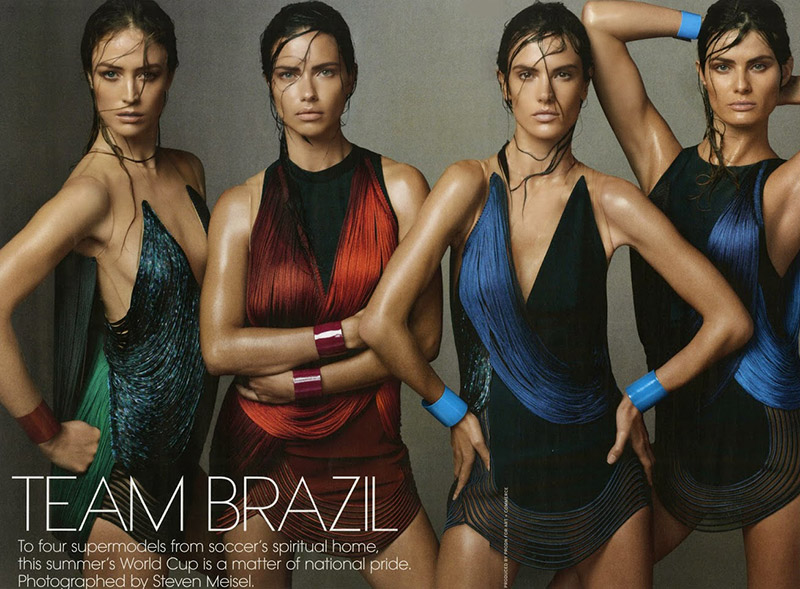 Team Brazil – Four of the world’s top Brazilian models – Adriana Lima, Raquel Zimmermann, Isabeli Fontana and our dear Alessandra Ambrosio take the spotlight in this month’s, June issue of Vogue US, celebrating football’s (or soccer for those of us in the U.S) World Cup. The 2014 World Cup tournament will be hosted from June 12th – July 13th in Brazil for the second time! The girls all show off their stunning looks in matching Stella McCartney designs and Alexis Bitter cuffs in the editorial photographed by Steven Meisel.

Alessandra admits, though an avid fan of the sport, she doesn’t know how to play, “because in Brazil, the tradition is boys play soccer and girls play with fashion.” – and WOW, did Alessandra make a name for herself in the fashion world!! Although she wants her homeland Brazil to win, Alessandra says she is still cheering for the U.S, too!

Alessandra’s nails are ready for some World Cup action! 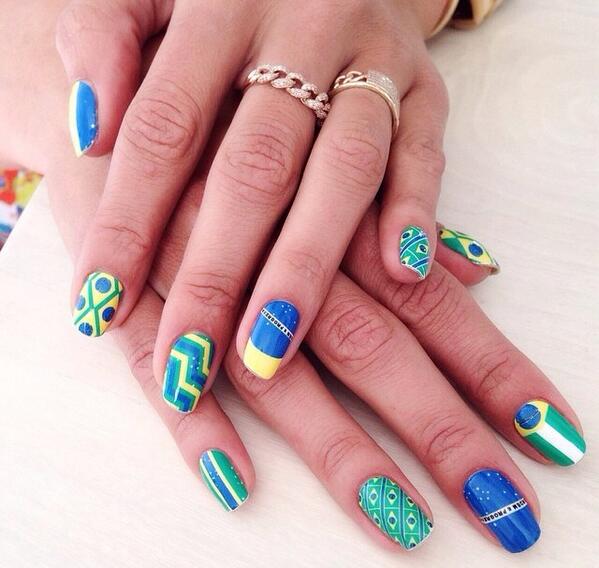 Ale waves her country’s flag high as she takes daughter Anja out for a celebratory ice cream treat in New York. 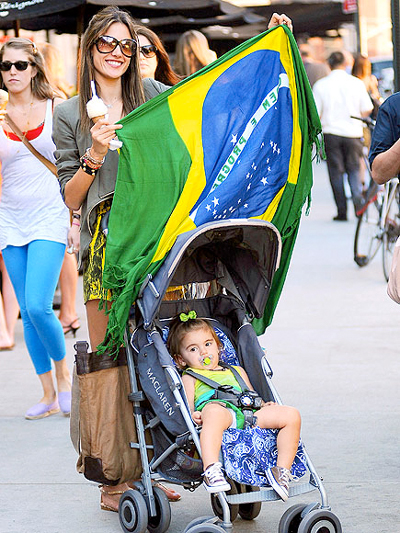 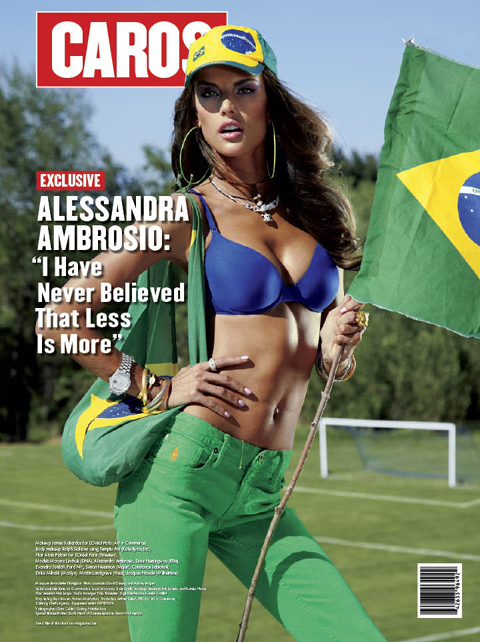